What to do if someone breaks a contract 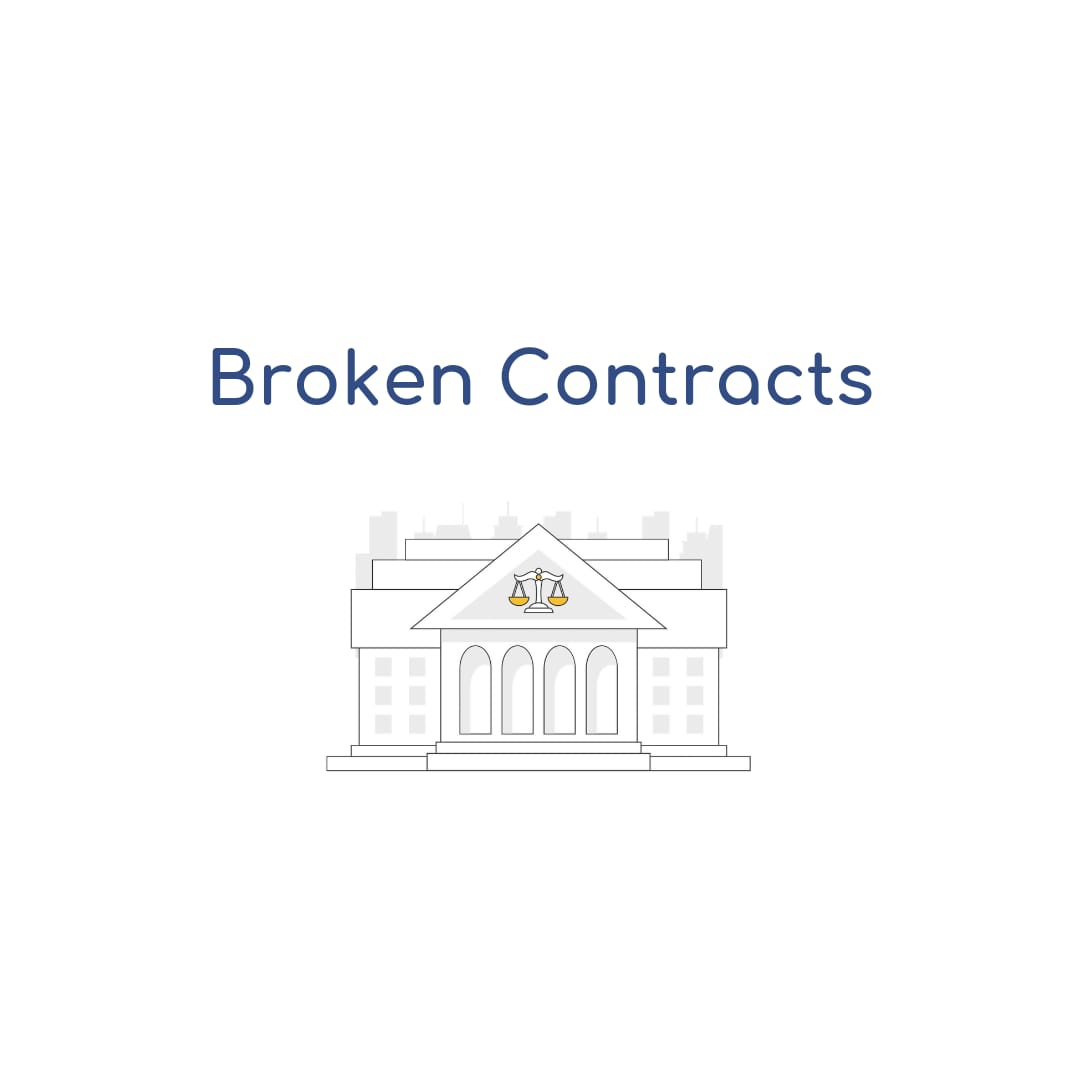 Did you make a contract with someone and now they are not following the terms of the agreement? In this article, we review what to do when someone breaks a contract or "breaches a contract."

Here is a summary:

Review the contract or the agreement‍

The first step in deciding what to do when someone breaks a contract is to review the contract. You will want to print out the contract and read it front to back.

What to look for when you are reviewing a contract:

Now that you know what was required of you under the contract, did you do what you were supposed to do per the contract? Take pictures, gather receipts, and look for any evidence that demonstrates that you did what the contract required you to do.

Now outline what the other person was supposed to do under the contract. For example, were they supposed to pay you for work you completed at certain milestones?

For example, how much were you supposed to get paid for the work you did?

For example, were there any deadlines included in the contract? Were the deadlines met?

Review the contract in detail to determine if there are any terms that mention what to do in the event of a dispute. Some contracts have terms that you have to first try to mediate before suing or have mandatory arbitration clauses.

A contract does not need to be in writing for it to be enforceable. If you and someone else came to an agreement verbally, that is still a contract. Make sure to write down or save any information that relates to the verbal agreement.

As a result of the contract being broken, how much have you lost? This is known as "your damages."

Here are some examples:

Reach out to the person who broke the contract

When you think someone has broken the contract, the first thing to do may be to reach out to them to see what happened. Many times there may be a simple misunderstanding as to what was required of them under the contract.

Consider inviting the person who broke the contract to mediation

Mediation is a meeting between you, the other person, and a neutral 3rd party called the mediator. A mediator is not going to force you and your friend to come to an agreement and is not going to determine who is right and who is wrong (that is what judges do). A mediator is going to help you and the other person come to an agreement together on how to resolve the breach of the contract. They are going to help you talk to each other without interruptions.

How can I try to mediate the breach of contract dispute?

Really often we get the question, well can I sue someone for breaking a contract in small claims? The answer is yes, so long as you want to sue for $10,000 or less as that is the small claims limit in California.

Here are some examples of common small claims lawsuits relating to broken contracts:

Going to small claims court can be a hard decision when you have long history of working together or when you expect to work together in the future. However, sometimes you are left with no other option if you want to get your money back.

How to Write a Demand Letter

Before you can file a small claims court lawsuit in California, the court requires that you request your money or your property back from the person you intend to sue. You will have to confirm you have done this when you file your lawsuit. How to Demand Your Money or Property Back What to include in the Demand Letter