How to Sue Expedia 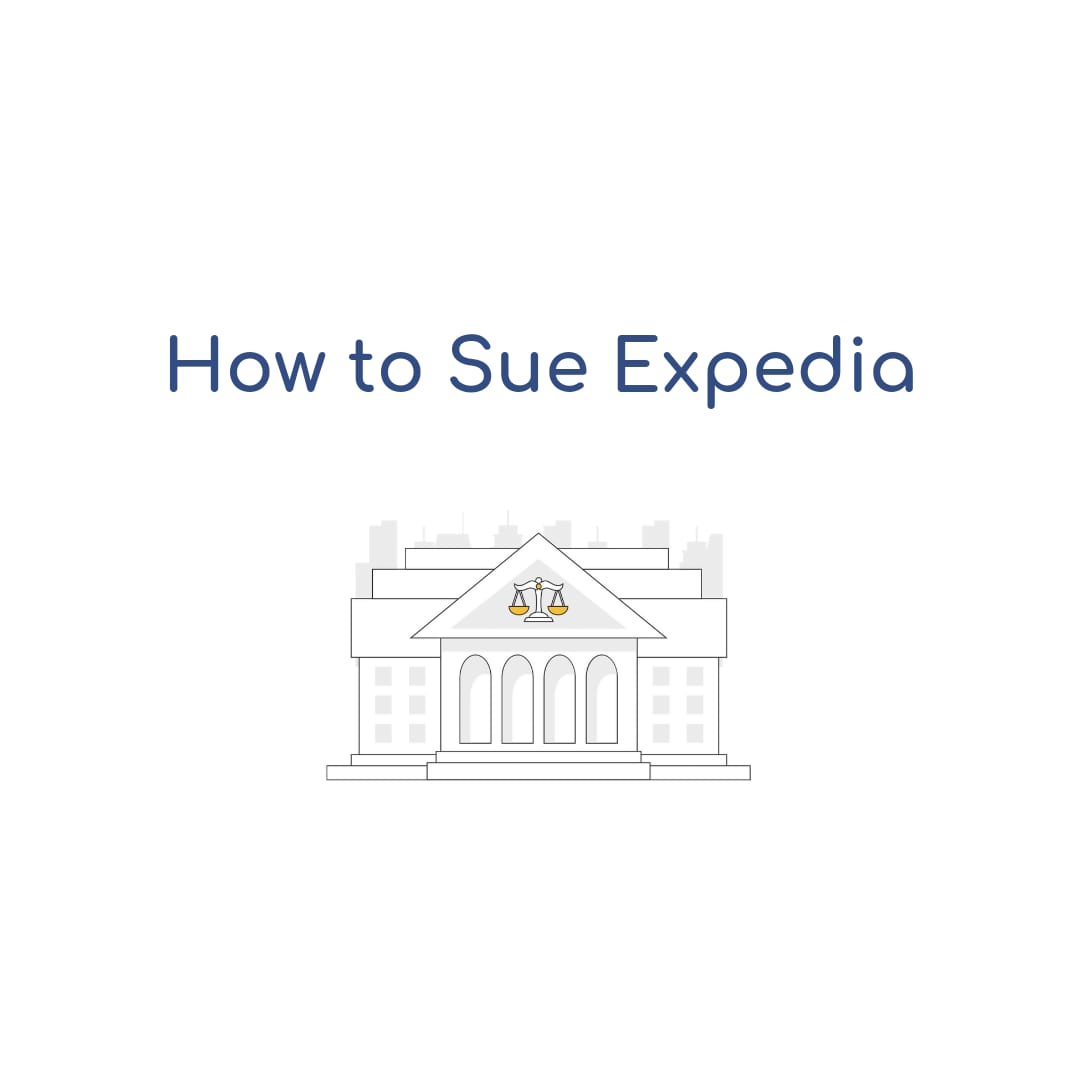 Do you have a dispute with Expedia over a refund, rental, or overcharges? You have several options, including suing Expedia in small claims court.

We often receive the question, can I sue Expedia in small claims? The answer is yes as long as the dispute is for $10,000 or less (more on this below). You may also want to consider suing the airline, hotel, or car rental company that would ultimately provide you with the service you purchased on Expedia.

Here are some examples of small claims lawsuits against Expedia:

What to do before suing Expedia in small claims court

Call Expedia's customer service phone number 1-877-227-7481 and have them troubleshoot your problem.

Consider filing a complaint with the BBB against Expedia

Make sure to also review complaints other customers have filed against Expedia with the BBB (review Expedia's BBB complaints here). This will help you learn whether Expedia responds to BBB complaints.

A demand letter is a letter that outlines a set of requests. For example, you could request a refund and explain why you are requesting a refund.

Unsure of what to include in your demand letter to Expedia:

Where to mail the demand letter to?

You can also mail a copy of the letter to Expedia's agent in California:

If Expedia ignores your demand letter, what is the next step? You may be able to sue Expedia in a small claims court. Make sure to review any contracts you have received from Expedia. Here are Expedia's terms of service.

How much does it cost to sue Expedia in small claims?

So how much are you going to spend by suing Expedia in small claims court?

The amount you will pay to file a small claims lawsuit in California depends on how much you are suing Expedia for. You will pay between $30 to $75 to file the lawsuit. If you cannot afford to pay court fees, you can ask the court to waive the fees.

Once the lawsuit is filed, you have to notify Expedia that you have sued them. This is called "serving." Serving Costs can range from $0-$75.

More on who to serve on behalf of Expedia below. ‍If you win, you can request that Expedia pay for your court fees and serving costs.

How much can you sue Expedia for in small claims?

By suing in small claims you are agreeing to waive any amount over the maximum amount you can sue for, even if you are owed more. For example, if Expedia owes you $11,000, and you decide to sue in small claims, you are waiving suing for an additional $1,000. Meaning that you will win a maximum of $10,000.

While you may be missing out on the full amount you are owed, there are practical benefits to suing in small claims instead of suing in "regular court."

Here are some of the benefits:

How to file a small claims lawsuit against Expedia

Expedia's agent for service of process in California:

Each California Small Claims Court has a different procedure for filing. You have to check with your local small claims court whether they allow filing in-person, by mail, online, or by fax. Or we can file your case for you!

Remember, you will be serving Expedia's "agent for service of process" as listed on the California Secretary of State's website. Learn more here.

Agent for Service of Process:

Small claims hearings in California small claims are informal and most hearings last around 15 minutes. While many disputes settle before the hearing, here is what to expect if your lawsuit does not settle.

Who will represent Expedia at the hearing?

I can't recommend People Clerk enough. Camila & crew helped me file suit for a situation that had plagued me for over a year, one in which I felt very wronged and was sure a judge would agree.

People Clerk Helped Me Out

8 Tips on how to win your California Small Claims Lawsuit

We have created a list of 8 tips that will help you win your California small claims lawsuit. To many, it may come as a surprise that many of the tips listed below involve the procedure you have to follow even before you get to tell a judge about your lawsuit.