How to Sue AT&T In Small Claims Court? 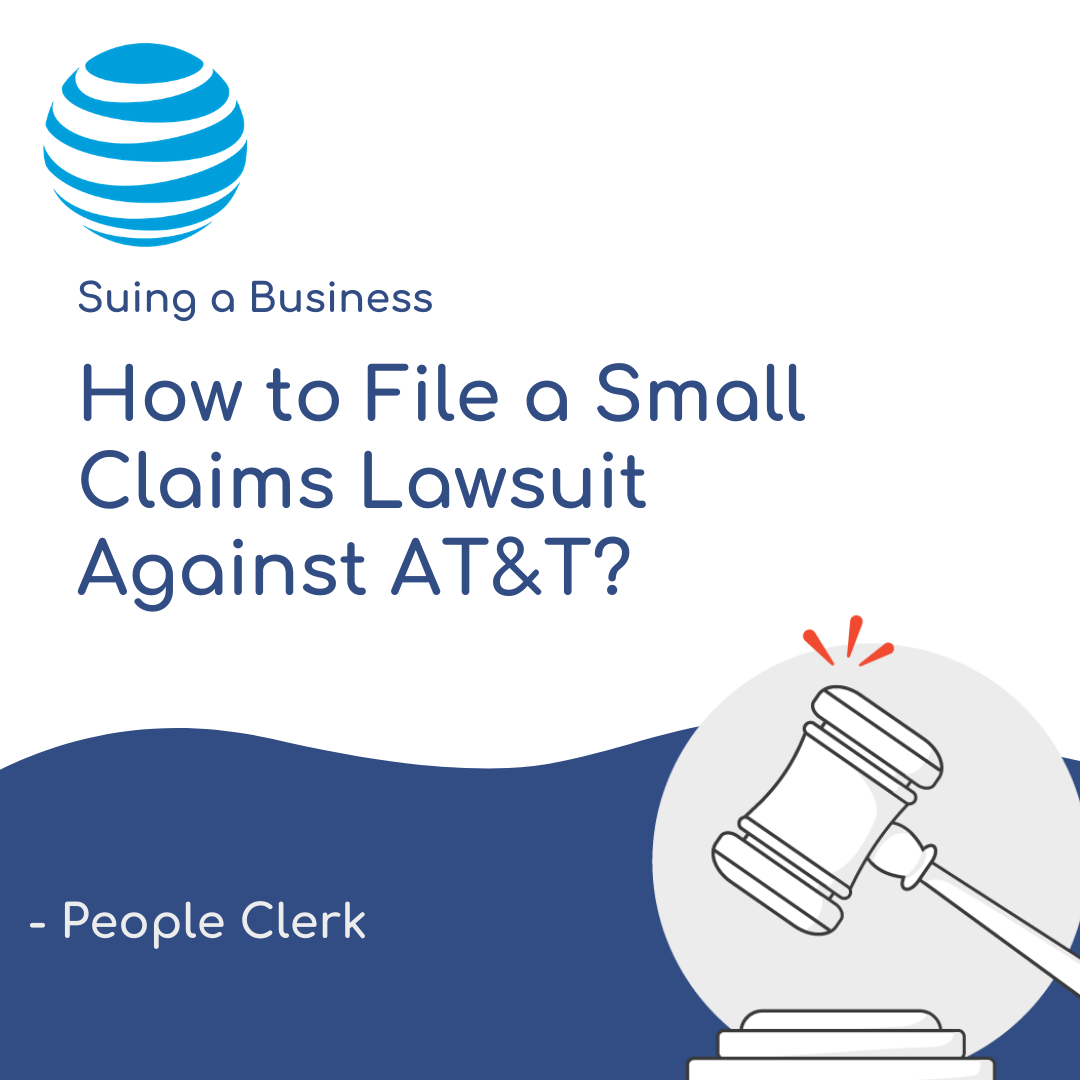 You have a dispute with AT&T over your television, internet, telephone, or wireless bill. Now what? You have several options, including suing AT&T in Small Claims Court.

The first step is to read your AT&T contract. For wireless accounts, AT&T calls this contract their "Wireless Customer Agreement" (other companies call these contracts: "Terms of Service," "Terms of Use," or "Service Agreement").

As of April 17, 2020, the Wireless Customer Agreement (confirm this is the same agreement that applies to your AT&T account) on their website states:

"IF YOU DISPUTE ANY CHARGES ON YOUR BILL, YOU MUST NOTIFY US IN WRITING AT AT&T BILL DISPUTE, 1025 LENOX PARK, ATLANTA, GA 30319 WITHIN 100 DAYS OF THE DATE OF THE BILL OR YOU'LL HAVE WAIVED YOUR RIGHT TO DISPUTE THE BILL AND TO PARTICIPATE IN ANY LEGAL ACTION RAISING SUCH DISPUTE."

ACTION: Contact AT&T within 100 days of the date of the bill.

The Wireless Customer Agreement states that you must notify AT&T in writing. The letter needs to be delivered to:

I have contacted AT&T and they have not resolved my issue with the bill. Now what Can I do?

Write an Intent to Sue Letter

A demand letter is a letter that outlines a set of requests. For example, you could request a refund and explain why you are requesting a refund.

Unsure of what to include in your demand letter addressed to Xfinity? Here are a few suggestions:

Where to send the letter:

As of April 17, 2020, the Wireless Customer Agreement (confirm this is the same agreement that applies to your AT&T account) on their website states:

"In the unlikely event that AT&T's customer service department is unable to resolve a complaint you may have to your satisfaction (or if AT&T has not been able to resolve a dispute it has with you after attempting to do so informally), we each agree to resolve those disputes through binding arbitration or small claims court instead of in courts of general jurisdiction"

This is also known as the "small claims court limits." In California Small Claims you can sue for the following maximum amounts:

You can still sue for the maximum amount allowed, but you will need to waive any additional amount over the limit.

Where is my nearest Small Claims Court?

Small Claims Court provides a public forum for quick, efficient, and affordable resolution of disputes. In California, AT&T will not be allowed to have an attorney at the small claims hearing. This is done so that there is an even playing field. Instead, a non-attorney employee will have to represent them.

To serve the small claims court lawsuit on AT&T you must serve their "Agent for Service of Process." As of April 17, 2020, their agent is based in Los Angeles.

Arbitration is the process of having a neutral third party to decide your lawsuit. The outcome of arbitration remains confidential. Arguably, this is so that other AT&T customers do not find out about disputes against AT&T which would lead to "bad press." The AT&T  Wireless Customer Agreement the steps for Arbitration ( see the section on "Binding Arbitration.")  AT&T pays the costs for the arbitration if your claim is for less than $75,000.

How to File a California Small Claims Court Case