How to Sue Sares Regis Group in Small Claims Court 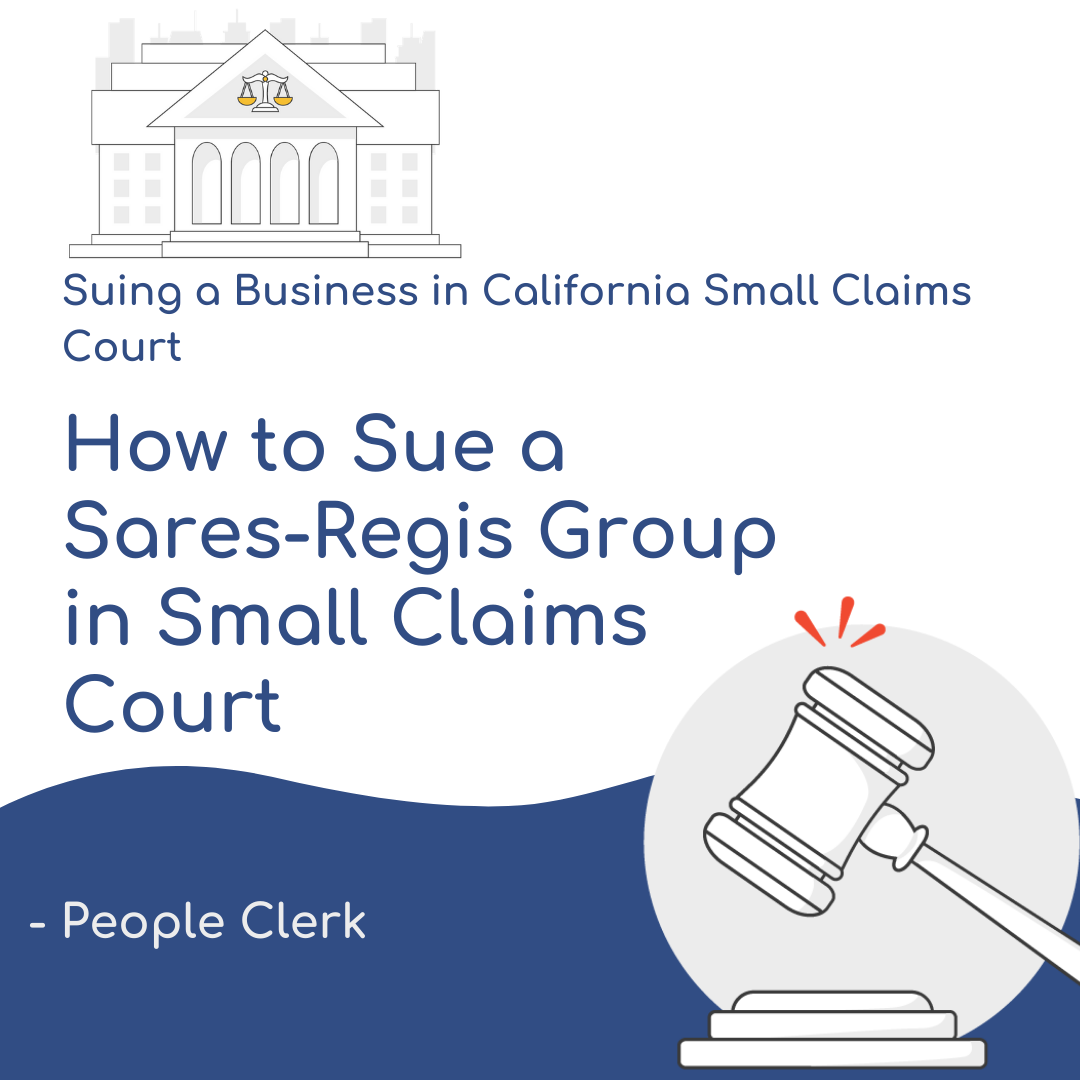 Sares-Regis Group is one of the largest owners of Rental Real Estate in California with thousands of tenants and multiple properties across Northern and Southern California. It manages its properties through a series of LLCs and other business entities. We have created a list of options for what to do when you face a dispute with Sares Regis.

Speak with the Property Manager

The first thing to do when a problem arises is to reach out to the property manager for your rental unit. They are sometimes referred to as community managers by Sares Regis Group. They may even be the same person that gave you a tour of the property before you signed a lease. However, the property manager's ability to make decisions will sometimes be limited and you may need to escalate the situation. If your property manager is unhelpful in resolving the matter, then it is time to go a different route.

A demand letter is a letter that outlines a set of requests.

Unsure of what to include in your demand letter to Sares Regis. Here are a few suggestions:

Give them a few days to respond (usually about 7 to 14 days).

Where to Send the Demand Letter

Once you have drafted your demand letter to Sares-Regis Group where should you send it?

You should email or mail a copy of the letter to the leasing office and mail a copy to Sares-Regis Group's main office.

Types of Cases that Can be Filed in Small Claims

So long as there isn't another court better suited to hear the case, then the lawsuit can be filed in small claims. If your dispute with Sares-Regis Group is about your security deposit, early termination penalties, or rent overcharges, then a small claims court would be able to handle your dispute.

If you are owed for more than the amount you can sue for, you can still sue for the maximum amount allowed, but you will need to waive any additional amount over the limit.

What are the California Small Claims Court Filing Fees?

The amount you will pay to file a small claims lawsuit in California depends on how much you are suing for. You will pay between $30 to $75 to file the lawsuit. If cannot afford to pay court fees, you can ask the court to waive the fees.

What are other costs for Small Claims Court?

In most small claims cases, you can expect to pay:

If you win, you can request that the losing party pay for your court fees and serving costs.‍

Who to Sue in Small Claims Court

As we previously mentioned, Sares Regis Group manages its properties through a series of LLCs and other business entities. ​To know which is the correct entity to sue, you need to pull up a copy of your lease. Usually, on the first page of the lease, you will find the correct entity name under "landlord's name" or "owner's name." When you begin to fill out your small claims court paperwork, you will list this entity as the "defendant."

We can file your case for you!

How to prepare for a Small Claims Court Hearing?

You have filed your case and notified the person you sued. The next step is to start preparing for your Small Claims Court hearing.

Question: Can I take my landlord to California Small Claims Court because they didn't return my security deposit? Short Answer: Yes.